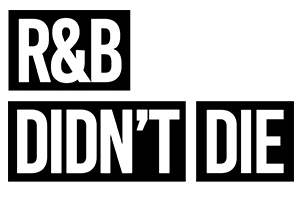 The talented Cher Blu has joined forces with producer and composer Myx Quest to bring us our new favourite R&B jam ‘Believe In Me’ featuring UK rapper Stxkz, premiered with DJ Ace on BBC 1Xtra.

Growing in the UK music scene, singer and songwriter Cher Blu has had recent success with her previous singles,
receiving extensive support across radio and being added to several official Spotify playlists. It is unsurprising that in a
short space of time, the young star in the making is creating a name for herself. Having attended BRIT School and
worked with well known acts such as Giggs, Cher is continuing a family legacy in music, with her Mum being well known

for being one of the featured vocalists for the legendary Soul/Jazz/Funk band, Incognito.

Producer and composer Myx Quest has been creating a lot of anticipation in the UK and Afrobeats space. Known for his
unique style of production, fusing together various genres and giving a sound like no other, Myx will be releasing ‘Tingi
Ningi’ featuring Afrobeats heavyweight Kelvyn Boy, UK sensation Angel and up and coming talent Kimarne. Having
received extensive support in the past from Manny Norte (Capital Xtra), BBC 1Xtra, Westside FM, Pulse88 Radio and

more as well as media support across Nigeria and Ghana, Myx Quest is a name to know.

With his unmatched production and Cher’s smooth vocals, the pair have created an R&B jam that is like no other. With
catchy melodies, light beats and a killer verse from Stxkz, the song is an absolute vibe and will have you bopping your

head in no time.

Speaking about the song, Cher tells us: “It’s always easiest for me to write about past experiences. This song lyrically
means a lot to me and it’s what I felt at the time. I just wanted the guy I was with to believe in me and trust in me… to
understand that he was all I wanted. I want people to hear this track and feel good about themselves. When females
hear the lyrics “Remember how I use to shut it down boo, deep down you know that I’m a keeper, ain’t going to find

Believe in me is OUT NOW!

UK R&B Singer/Songwriter, Hayley Cassidy Is Back With ‘No Regrets’